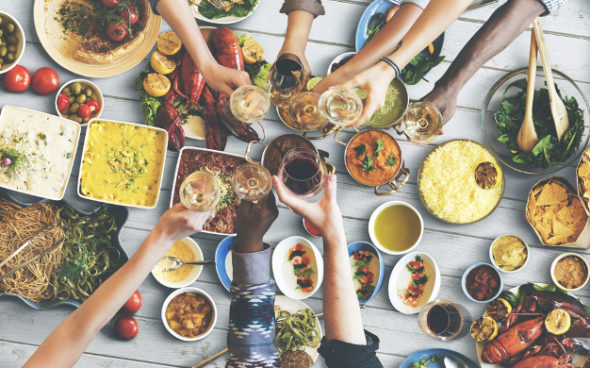 It’s always nice to be able to go on something like a field trip which effectively kills two birds with one stone and educates all in tow in addition to making for a lot of fun. I’ve encouraged both my boys to embrace the science route as far as their academics go and they’ve been responding positively, so on one particular family outing we went and had some genetic testing done.

It was definitely some money well-spent because firstly, everybody enjoyed themselves (including me) and secondly, we all learned something which can be applied directly to our lives and therefore make them better in that way.

The eldest of my boys says he now finds Biology that much more interesting and just a little bit easier to understand because the chapter they did on genetics was rather boring at first, while my youngest has subsequently developed the interesting new hobby of building models, which started out with the construction of a DNA sequence structure that now proudly sits mounted in his bedroom.

As for me, my eyes were opened to some lifestyle adjustments we need to make in response to some genetically predisposed conditions which run in the family, some of which could be activated through certain lifestyle choices. Perhaps we should thank their mother for her contribution to their genetic pool, but two of these predispositions of concern are those of prostate cancer and obesity, both of which seem to run in the family and so that means I’m at risk as well.

I’ve since gone and had my prostate checked out and will continue to do so at the recommended intervals one is encouraged to adhere to after hitting the age of thirty, so no problems there. The obesity issue doesn’t seem to be a problem either, so there’s not much adjustment required in perhaps encouraging the boys to be more active. We’re all quite active and enjoy the great outdoors, but perhaps it wouldn’t hurt to try and enjoy them even more than we currently do.

One area of our lives we can perhaps improve a lot more on is that of eating better. Life can really get so busy at times that one resigns themselves to filling up on junk, fast food and it often starts out with just one hectic week or so and then before too long it has developed into a full on habit that can be very hard to kick. I’m in no way suggesting we should all start eating cardboard, but perhaps having cheeseburgers a little less than two to three times per week will be a great start.

Encouraging a healthy and active lifestyle starts with whoever is the leading figure in a household, so you have to lead by example, otherwise, if you’re the one who prepares the food, for instance, you have an even more direct channel to introduce some positive changes.