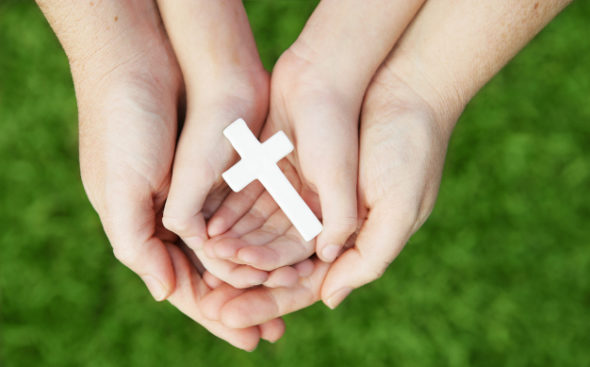 Despite what anyone who’s on the ‘outside’ may think, having OCD doesn’t necessarily mean your entire life comes to standstill like how a computer throws up the dreaded blue screen of death when a logical function goes wrong. Life, as they say, goes on for us as well, so much so that someone like me who is obsessive compulsive has managed to help raise two boys and has had success in a romantic relationship…well for a good while…

It’s simply a matter of finding a set of coping mechanisms, each of which perhaps is more effective than the others at a specific time. One such coping mechanism for me has been finding refuge in religion, especially after I’ve had to deal with so many changes taking effect in my life in very close succession. My “run-ins” with religion while I was growing up mostly involved the pastor praying for me to “drive out these demons” I was once believed to be possibly harbouring in me, which of course were really just some symptoms of my OCD acting up.

That’s why I sort of understand the rather pensive approach my own kids have towards religion and faith and as a parent, I do indeed encourage them to challenge everything, including religion — something they actually started doing all on their own, thank you very much.

So my so-called return to the refuge of religion came from a genuine place of having been in need and finding something which helped me through some of the hardest times of my life. That has largely shaped my approach to helping my boys navigate religion and faith — I simply communicated to them and keep communicating to them that at the very least one needs to find something to believe in and that we are just very small parts of something much, much bigger than any of us could ever imagine.

So whenever I go to church on Sunday morning and attend mid-week prayers on Wednesday nights, I really don’t force the boys to come along, but rather leave the door open to them, letting them know where I’m going and sort of hinting that I’d really like them to come along. There was a time very shortly after I found some solace in the church when I used to give them no option. It was a case of we’re going to church on Sunday morning; end of story.

Dare I say they actually came along with me a lot less times when going was “mandatory,” but ever since I opened the whole situation up and made it into a choice, they’ve not missed one single Sunday service and only missed a few of the weeknight prayers due to being away on some camp with their school.