Learning to Let Go a Bit 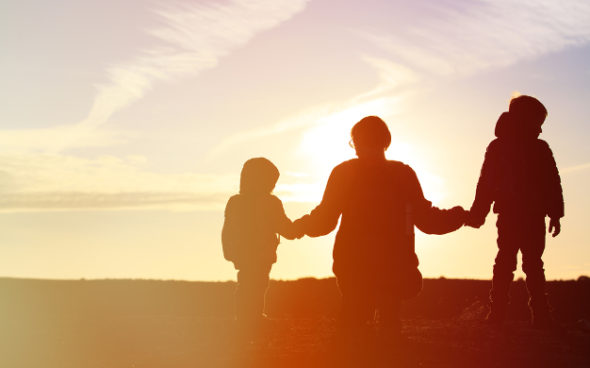 You don’t have to be obsessive compulsive to understand what it really means to be a parent, but I think I’ll be justified in saying that parenthood does indeed bring out the OCD in all of us. If you focus a bit too much on all which could go wrong with your kids, particularly with regards to your involvement in their lives as a parent, that can foster a bit too much of a rigid existence that ultimately defeats the whole purpose of life.

We need to let go a bit as parents, as hard as it may be and it starts with taking a look back at our own lives growing up and becoming the person we are today.

The world has always been a dangerous place.

Granted, some of the really bad people of this world are even better equipped to carry out their misdeeds, but even the most sophisticated of these nefarious people can’t beat a community that stands together against their bad intentions. The world has always been a dangerous place and yet here you are, fully grown and with kids of your own, which means you survived and managed to make it this far.

So stop worrying too much about just how much of a dangerous place the world is — something which happens rather naturally and a feeling which kicks-in quite strongly very shortly after you become a parent, particularly for the very first time. When you hold this fragile little being in your arms for the first time and realise that every hope of them leading anything close to a happy, healthy and safe life lies with you, so it’s understandable just why the world suddenly seems like this overly dangerous place, full of hazards and dangers waiting at every corner.

Wait ‘till your seed sprouts into a toddler with a rapidly developing and increasingly inquisitive mind, fuelled by an energy source you can’t quite wrap your head around and you’ll then know what it really means to worry. It doesn’t get better — the worry that is…

As a fully-grown man with two kids of my own, my mother still appeared to be constantly worried about me to the very last day that her soul lived on this earth, so I understand that the worry doesn’t go away. You just learn to deal with it by letting go just a tad bit.

Children learn and grow by exploring, so it may happen that they’ll break some bones, but then again growing kids heal quickly. I can’t believe I just said that…

Anyway, it’s all about creating an environment for your children to — within reason — learn and discover for themselves what life is all about and there’s nothing wrong with stepping in and guiding them when needs be, but that’s exactly what it should be — guidance and not full-on domestic micro-management.

If all of OCD me can learn to let go just a little bit, so can you, so let go a bit and let the kids be.