Life After A Separation 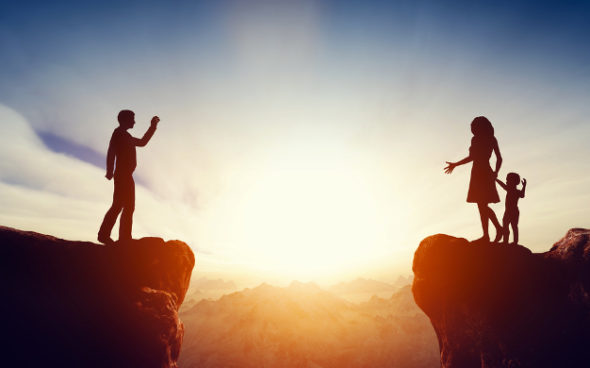 One of the things that made me fall in love with the mother of my kids in the first place ironically came to the fore in its strongest form when we separated, that being her selflessness. I often joke about why she left, one of the reasons in jest being that of the fact that she didn’t sign up to raise three kids who all love watching cartoons and yet that’s what she got.

Anyway, when we separated she insisted that the kids live with me as she identified herself to be the problem of not being able to cope with all the stresses of parenthood being aggravated by my Obsessive Compulsive Disorder. Don’t get me wrong, it still hurts to this day, but we’re all hurt by the situation and not necessarily by each other, and I say all because this involves the children as well.

That is indeed one of the reasons that made me understand her genuine need to leave — the fact that such a selfless person comes to a point where she is honest about just not being able to handle the situation anymore.

In all my devastation, however – I did lose my mother as well shortly after the split – I realised that life simply must go on and that it really doesn’t mean we can’t all move forward and get along. She still looks forward to seeing her boys and whenever she comes around or I take them over and we have a bit of a chat ourselves, we seem to be connecting on a much better level than we ever did while we were together.

But life does indeed go on and my relationship with my boys has in itself become stronger. I commend all mothers for the roles they play in the lives of their children, particularly single mothers, but in this case I’m just glad she saw it as I see it with regards to it being better for the boys to grow up primarily with the father figure — even if that father figure has OCD [pauses for some chuckles].

Seriously though, I think the boys are turning out okay and if anything my OCD perhaps has them benefitting in a number of many different ways other kids wouldn’t otherwise benefit from, like going to bed at night knowing that if they missed something which they were supposed to prepare for the next day, for instance, daddy would have long picked up on it. This is not to say they’re not responsible at all, but it just helps to know that someone else is also looking in and perhaps has the advantage of a birds-eye view to catch anything you might have missed….I hope!

So yes, any separation is painful, even those wherein the separation is the best thing that could happen to at least one of the partners, like perhaps leaving an abusive relationship, but life does indeed go on afterwards and it has a lot of new adventures and pleasures waiting in store for you.