The Importance of Family Pets 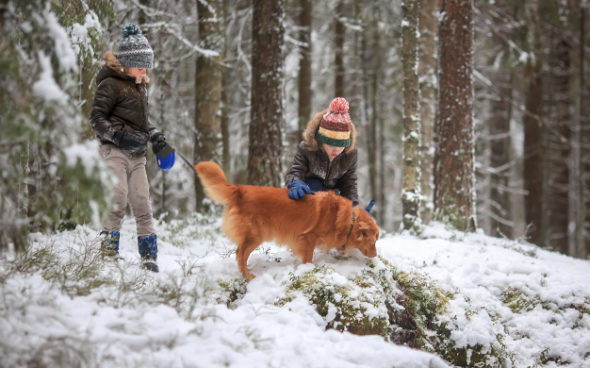 I can jump on the bandwagon as well and also discuss some of the more obvious reasons why a family pet can make for a really important addition to the family, but I won’t since that’s perhaps been done to death by now. What I will do however is explore the importance of family pets from the point of view of someone who grew up with Obsessive Compulsive Disorder, something which is particularly difficult to spot and ‘diagnose’ in children.

Well, perhaps now it’s something which can be picked up quite quickly and easily, but spare a thought for those of us who grew up in a time when the likes of Attention Deficit Disorder and especially Obsessive Compulsive Disorder were particularly difficult to detect simply because these are conditions which were quite widely unheard of back then. You’d merely be singled out as a perpetual delinquent at school and coming from a religious community, this would be extended to the church, where the pastor is given the rather misguided task of laying hands on you to try and pray for you and drive out the “demons” you’re suspected to have.

So anyway, growing up OCD, another one of my greatest coping mechanisms was our family pet, in the form of a dog which I had narrowly missed out on the privilege of christening as I was away on grandparents visiting duty when he was brought home. So, to my delight, I came back from my grandparents’ to find that we’d had a new four-legged addition to the family by the name of Bom-Bom. His Portuguese name was perfect, although I would probably not have come up with that name myself. It literally translates to “Good-Good” and he did indeed have a Portuguese name because he’d been gifted to our family by the Portuguese family operating a bakery in our neighbourhood.

Bom-Bom understood me in a way that nobody else did and that includes all humans who took a keen interest in my life and bent over backwards to show me the kind of love that comes with having the same blood flowing through each of our veins. Bom-Bom was my coping mechanism and it’s almost as if he somehow picked up on the fact that I was OCD. I really can’t explain how this stuff works, but that’s just one of the many ways through which family pets are important — they tend to have a much deeper impact than what appears at face-value.

One of the many things a family pet brings into a household is serving as an emotional barometer, bringing everybody together when there are some testing times to deal with. Another is the responsibility it teaches every single member of the household, as they take an interest in keeping the pet alive, healthy, clean and stimulated, which applies to whoever is ultimately responsible for the pet as well, such as yours truly, the house manager in chief.

So as far as is within reason, I’d definitely recommend getting at least one family pet in the household.