What it Means to be a Parent in the Digital Era 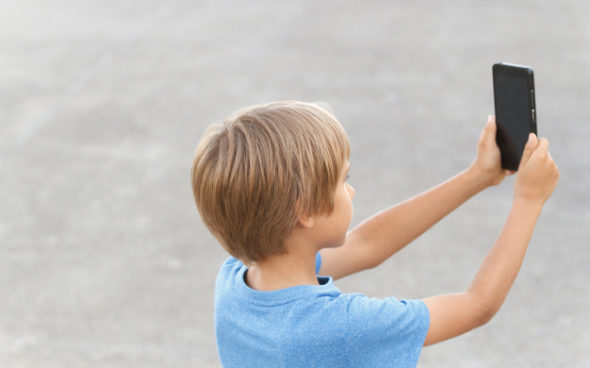 There are certain things which you discover quite early on your life to be extremely effective in helping you cope with the worst of conditions such as Obsessive Compulsive Disorder, granted which are different to every OCD sufferer, but in my case I tend to find that these coping mechanisms are ironically those which bring about more questions than answers. You’d think that for someone who compulsively wants everything to be perfect and “the way it’s meant to be,” something which leaves you with more questions than answers would be counterproductive, but that’s not the case.

I guess it makes sense from the point of view of coping and dealing with OCD and not trying to “cure” it or trying to get rid of it or by fuelling it.

So anyway, one such coping mechanism I’ve found to be effective throughout my entire life (even from when I was a kid) is that of watching those television shows whose focus is mainly on space and extraterrestrial worlds — basically just the many worlds beyond our own little earth. And no, this does not cause conflict with my religious beliefs because I think I can safely say that I’ve mastered the art of looking at the positive in every situation.

I’m not talking about aliens here (well not particularly). What I’m talking about is just how it interests me to learn about the unimaginable vastness of the universe and the possibility of an even greater collection of “universes” and when I think about what it means to be a parent in the digital era, I longingly wish there was something like that instrument which they use to measure radiation created for us OCD folk, which would measure how likely something is to fuel your obsessive compulsiveness.

I can already tell you without the use of this OCDOMETER (I imagine that’s what it would be called) that connectivity devices such as Smartphones, tablets and computers would send the OCDOMETER reading through the roof as the very thought of kids using these devices just sends the mind into a frenzy. You worry about what the kids can be so easily exposed to at the click of a mouse-button or a tap of the mobile phone/tablet screen and you don’t even have to be OCD for that to happen.

That’s what it means to be a parent in the digital age — fostering a certain level of dynamic adaptability and, while you can’t stay ahead of the curve the whole time, all you can ever be asked to do is your best.

My take? — Talk to your kids and be the first to educate them about those areas of their lives which could otherwise be distorted by what they may come across online. For example, do you want your children to learn about the birds and the bees from you or someone like you or would you rather have them learning about an overly objectified version of the birds and the bees through some pop-up online?