When Children Reach the Experimental Stage 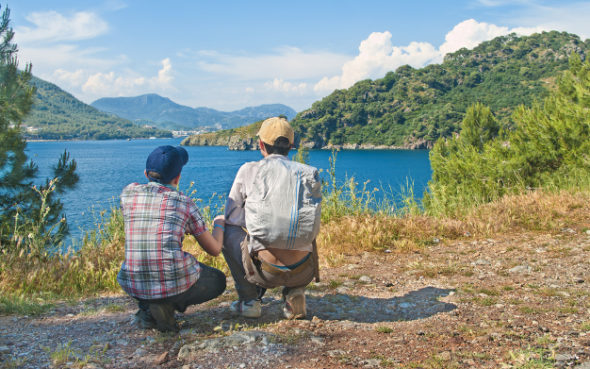 One of the biggest challenges parents will ever have to deal with in their lives is that dreaded period in your children’s lives when they reach the experimental phase. From the time they become conscious of their surroundings, develop some dexterity and independently develop full control of their bodies, children will always be inquisitive and experimental I guess, but I’m talking about that crucial stage when they begin to experiment with things like drugs, alcohol and sex.

This is when the decisions they make could have a permanent impact on the how the rest of their lives will have to play out, which is enough of a headache for someone like me who has two boys, so I spare a thought for any parents of daughters because sadly the impact such decisions could have on girls tends to be multiplied. A sixteen-year-old boy who fathers a child at that age realistically still has lot more freedom than a sixteen-year-old girl who falls pregnant and as sad as this is, that’s just the reality, so it’s perhaps even more important for parents of girls to be able to help their child navigate the experimental stage.

I learned a little trick from a psychologist I once used to visit about building up children’s resistance to peer pressure, which is a major driving factor for children caving-in in a negative manner when faced with daily decisions to make concerning their experimentation. It’s not guaranteed to work out exactly the way you might want it to, but hey, it really doesn’t hurt to try and all you can do as a parent is try and do what’s best for your children.

So the trick is to build up their resistance by training them in a sense, anytime prior to them reaching that teenage experimental phase which is largely fuelled by hormones. Take any situation in their lives when they engaged in something at the request of their friends or just because their friends were doing it. It can even be a situation when they decided against doing something which their friends were doing or requested your child to join them in doing. It’s very easy to pick up on any one or more of such situations by simply communicating with them.

Right, then you proceed to discuss the outcomes of whatever the said activity was. It really could be something as simple as visiting the mall, to which you’d then react by asking your child if “visiting the mall” or whatever it was, was indeed something they themselves personally had a desire to do, really. If the answer is no then that’s the perfect opportunity for you to educate them a bit about not having to do anything they themselves really aren’t up for, no matter if their friends love and enjoy it or think it’s a good idea.

So it doesn’t have to be something negative, but what you’re doing is drilling it into them that ultimately they have the power to make the choice themselves and that ultimately they’ll have to live with the consequences of that choice, whether good or bad.