Why I Love Watching Cartoons with the Kids 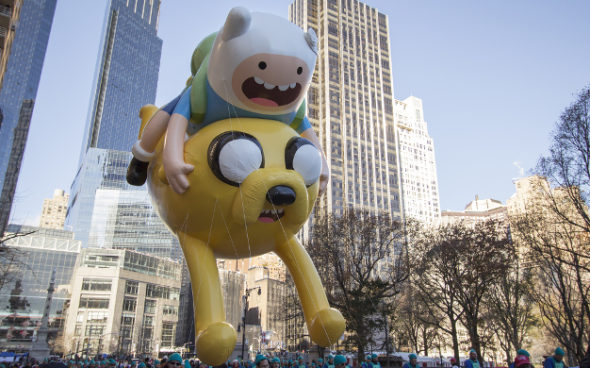 I’m going to share with you a secret which I’ve not shared with anybody up until now and I guess since this is going on the omnipresent INTERWEBS, I’ll no longer be able to refer to it as a secret, albeit only my readers will be in on it. Okay here goes…

So guess you might have guessed it from the title already, but the secret is indeed that I absolutely love watching cartoons, not just with my kids, but period! I’m not just talking about watching whatever is on, on the occasional afternoon when I might have come back home early from work here — I’m talking about working cartoon-watching into my schedule. It all started out with exactly that though — coming home from work early one afternoon and then being too lazy to change the channel from one of three cartoon-only channels my boys clearly love to watch. I so thoroughly enjoyed three shows in particular that at my previous job I had the working hours adjusted so that I could clock in earlier and then subsequently knock off earlier as well, every day.

So on that one occasion when my boys and I all sat in the car annoyed at the stand-still traffic when I picked them up from school, what they perhaps didn’t know was that my anger at the situation was fuelled by the exact same reason as theirs — the fact that being stuck in traffic meant that we’d be missing at the very least one of the three daily cartoons we clearly all love watching.

I feel I perhaps have to mention what those cartoons are and actually, there are four of them, now that I come to think about it properly. Adventure Time, Regular Show, The Amazing World of Gumball, and Clarence.

So there you have it… I, a fully grown man with two children and even an ex-wife, enjoy watching cartoons, with the kids maybe, but even if the kids aren’t around. I’ll go with that as an explanation for my wife having left and not because living with someone who has OCD got all a bit too much for her…

So anyway, I’m not trying to justify my love for watching cartoons, but I do have some pretty solid reasons I think. Even if I didn’t have these reasons, however, I’d still proudly enjoy watching them.

So the reasons are, number one — the crazy world of cartoons where anything is possible helps me cope with my OCD because there is no obsessive compulsion to make sense of anything that’s going on and come up with better iterations of how it could have all been done, and two — I truly enjoy them, my boys enjoy them, so cartoons make for a nice little family bonding session which plays out in the most natural manner possible.

I’ll add in a third reason as well (just so that I can say I’ve taken control of the situation), and that is the fact that I watch them because I can!